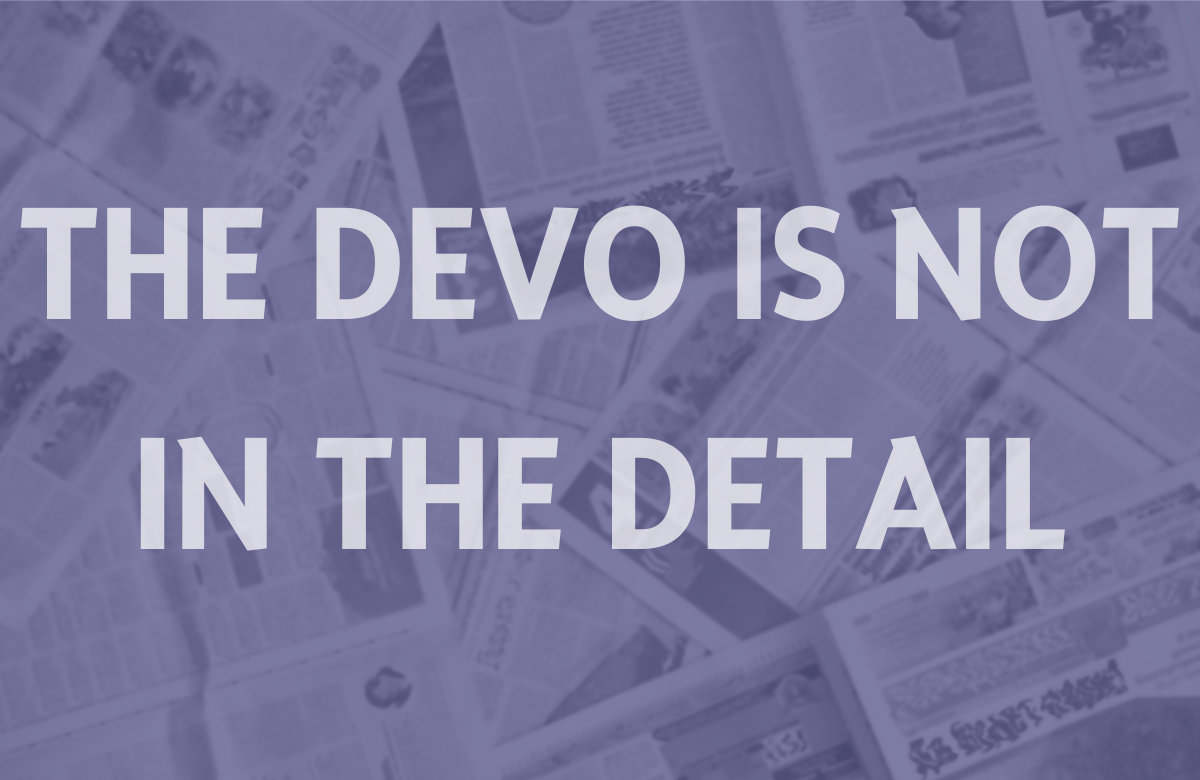 This week, Gordon Brown demanded that the SNP ‘come clean’ on independence. Ignoring the implication of some shady cover-up, it is fair to say there is a need to revisit the issues examined in the Growth Commission and more generally, given the monumental changes that have occurred since 2014. This is something Nicola Sturgeon herself has noted will be done in due course.

This follows last week’s comments from the same former PM upon the launch of his new think tank, Our Scottish Future, which seeks to develop the case for a new constitutional setup for the Union altogether. He says the question in any indyref (of which he insists he is not afraid), must not be between independence and the status quo, but independence and some new as-yet-undefined constitutional shakeup, which he was keen to stress was not devo-max.

Mr Brown said he ‘actually think[s] that we have got all the arguments’ to defeat an independence referendum. But he has yet to ‘come clean’ on any detail of this or the new constitutional setup whatsoever.

‘Like independence proposals, they are to be developed in due course!’ will chime the reformed Better Together team. OK. Comparatively, however, there is a lot more work to do to develop proposals for a new UK setup than re-examining the case for independence.

So, when you hear a politician advocating for a ‘re-setting of the Union’, a ‘new United Kingdom’, or plain old promise of devo-max, ask yourself (or better, them) what this actually means.

On top of this, if a satisfactory alternative to independence does not solely mean shifting more powers to Scotland and requires alteration and rebalance of the whole political and constitutional structure of the UK, there is much more that needs change.

There’s more: Scotland, devolved Nations and northern English regions are much more exposed to the effects of Brexit and coronavirus economic damage. If we are to believe in equitable partnership, economic restructuring will be required to counter this, as well as counter-balancing London and South East investment and reliance. This means giving more equitable UK-wide opportunities for international trade and, consequently, further powers to protect current EU-origin product and service standards being stripped away by UK Gov.

I suspect many will suggest much of this lies outside the scope of the debate around Scottish independence. But if we truly are to believe the alternative to independence is a satisfactorily reformed United Kingdom, significant change in all above areas is needed (and those are the only I can think of off the top of my head).

I am convinced changes in all these areas will be neither discussed nor promised, let alone delivered. For one thing, I am fairly sure ideas emerging from Gordon Brown’s think tank are not going to determine the constitutional policy of Boris Johnson’s government, as interesting as the proposals may be. For another, I am similarly uconvinced that the Conservative and Labour parties—who would need to be on board with any proposals in order to deliver them—actually want such reforms. They have a monopoly over a political system – why would they want to change that? The lack of Tory/Labour support was why the 2011 referendum on a more proportional voting system was defeated.

Moreover, there will still be issues for which there is a monumental chasm between the preferences of Scotland and those of the UK Government. We would still be outside the EU. There would still be nuclear weapons systems on the Clyde.

Scots will remember the first independence referendum and the promises of more powers following a no vote. Indeed, Brown himself said the UK ‘would be fully federal within two years’. The three main party leaders got together to issue ‘The Vow’ on the front page of this paper promising ‘extensive’ new powers for Scotland.

I don’t know about you, but I fell for it at the time. While retaining EU membership was the prime reason for my voting no to independence last time (an issue to be visited another time), I thought these statements and promises were a genuine recognition of the wish for decisions to be made in Scotland, and statement of intent to respect that wish.

Now, it is clear that the prospects of any new powers or rejigged constitutional relationship are not only fanciful, but entirely undeliverable.

More to the point, they fall far short of what can be achieved and obtained through independence.